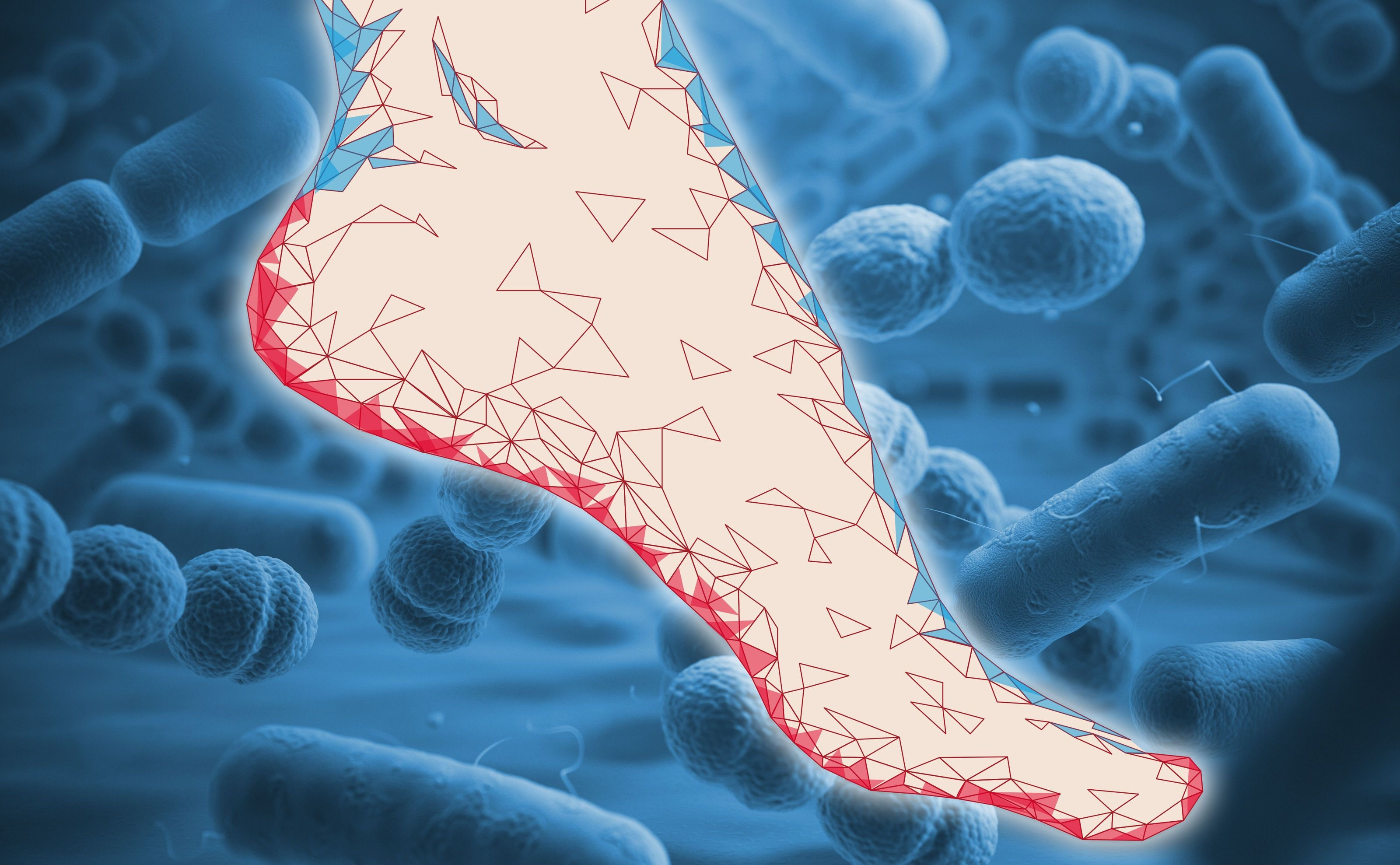 Wuppertal, Germany and Balzers, Liechtenstein, October 22, 2021 - AiCuris Anti-infective Cures AG, a leading company in the discovery and development of drugs against infectious diseases, and the biotechnology company Lysando AG with its Regensburg-based subsidiary Lysando GmbH, today announced the expansion of their existing long-term collaboration for the development and optimization of Artilysin®-based drug candidates for the topical treatment of infected, chronic wounds such as diabetic foot infections.

AiCuris and Lysando joined forces in 2019 to drive the fight against antimicrobial resistance, with innovative approaches based on Lysando’s Artilysin® technology platform, a new class of phage-lysine derived artificial designer molecules with a novel mode of action and the potential to replace conventional antibiotics. Under the terms of the agreement, AiCuris received exclusive access to Lysando's technology to generate Artilysin®s for specific treatments of Gram-positive and Gram-negative bacterial infections in humans. As part of the expanded collaboration, both companies are to develop new Artilysin®-based drug candidates for the treatment of Gram-negative bacterial bloodstream infections.

The new project will focus on the identification and optimization of Artilysin®s for the topical treatment of infected, chronic wounds, particularly wounds that fail to respond to conventional antiseptics or systemic antibiotics due to their location or the formation of drug-resistant microbial biofilms. Of note, in contrast to a systemic treatment, a topical formulation would also be beneficial in terms of antibiotic stewardship considerations. In addition, the specificity of Artilysin®s ensures the preservation of the natural healthy human microbiome and impede recolonization of pathogens.

“The complexity of the treatment of infected, chronic wounds that neither respond to conventional antiseptic measures nor to systemic administration of antibiotics creates a high and increasing unmet medical need. In addition, growing antimicrobial resistance requires novel approaches and therapeutic options,” said Dr. Holger Zimmermann, CEO of AiCuris. “The unique characteristics of Lysando’s innovative platform allow the design of specific Artilysin®s to target nearly every bacterial species, including multi-drug resistant or persistent bugs. As one of the few European companies that remain committed to fight resistant bacteria and develop new antibacterial agents, we are very much looking forward to further leveraging this promising approach and working with Lysando to provide patients with infected, chronic wounds a treatment option that truly can make a difference.”

"Today’s announcement is the next step in our long-term cooperation with AiCuris. Chronic non-healing wounds are debilitating, with high morbidity and mortality, and present a considerable challenge to wound care professionals while consuming a great deal of healthcare resources,” said Markus Graf Matuschka von Greiffenclau, Chairman of Lysando. “We strongly believe that the combination of our outstanding platform of Artilysin®s with AiCuris’ excellence in the development of anti-infective therapies holds the potential to provide new treatments in this highly critical area which is also facing steadily increasing persistence and resistance of pathogenic germs, reducing the effectiveness of common antibiotics.”

Artilysin®s are able to pass the protective outer membrane of Gram-negative bacteria and have increased affinity to the cell wall of Gram-positive bacteria. Consequently, their effectiveness is not dependent on binding to a specific receptor nor interfering with the cell’s metabolism. The interaction of Artilysin®s with the peptidoglycan destabilizes and degrades the bacteria cell envelope, causing the cell to burst from the high osmotic pressure within seconds.

The use of Artilysin®s in other areas such as veterinary medicine and medical devices has shown that this molecule class is more stable against resistance formation than all other known antimicrobial agents. Artilysin®s can therefore also be used against multidrug-resistant germs, where antibiotics today are no longer effective.

Bacterial infection is the likeliest single cause of delayed healing of chronic open wounds by secondary intention such as diabetic foot infections. If neglected, an infection can progress from contamination to colonization and local infection through to systemic infection, sepsis and multiple organ failure, and it can be life-threatening. The diagnosis and treatment of infected chronic wounds is complicated by the presence of drug-resistant microbial biofilms, which contribute to excessive inflammation - through excessive and prolonged stimulation of nitric oxide, inflammatory cytokines and free radicals and activation of immune complexes and complement, leading to a delay in healing. In addition, the continuing rise in antibiotic resistance and the lack of new effective antibiotics in pharmaceutical research pipelines create a high unmet medical need for novel, innovative approaches and treatment options.

About 422 million people worldwide suffer from diabetes. Both the number of cases and the prevalence of diabetes have been steadily increasing over the past few decades[1], with worldwide incidence projected to increase by 55% over the next 20 years[2]. Diabetic foot infections are a common, complex, and costly complication of diabetes[3] and are associated with increased frequency and length of hospitalization, high risk of lower extremity amputation and morbidity[4] as well as a significant reduction in the quality of life. It is estimated that around 40 to 60 million people with diabetes globally are affected[5]. Their treatment poses major challenges for healthcare professionals as blood flow is compromised and antibiotics usually cannot reach the diseased area2. Amputation in people with diabetes is 10 to 20 times more common than in people without diabetes; it is estimated that every 30 seconds a lower limb or part of a lower limb is lost somewhere in the world as a consequence of complications from diabetes[6].

Lysando AG with subsidiaries in Regensburg and Bangkok was founded in Liechtenstein in 2009. Lysando AG is focused on the development of its proprietary Artilysin® platform to become the world's leading antimicrobial technology. Artilysin® technology has already been successfully established in the fields of medical devices and veterinary medicine. With licensing Artilysin® to AiCuris, the technology has now gained a foothold in the field of human pharmaceutics.

The Artilysin® technology is effective against all germs classified as particularly dangerous by the WHO. Artilysin® is resistance breaking, environmentally friendly and gently to the microbiome. As of today, Lysando AG has granted over a dozen licenses to global companies.

AiCuris was founded in 2006 as a spin-off from Bayer and focuses on the discovery and development of drugs targeting infectious diseases. SANTO Holding is the Company’s majority investor. PREVYMIS® (Letermovir), a first-in-class non-nucleoside cytomegalovirus (CMV) inhibitor acting via a novel mechanism of action, was licensed to MSD in 2012 and is approved in the EU, the USA, Japan and other parts of the world for use in bone marrow transplants for the prevention of HCMV infections in adults who receive an allogeneic hematopoietic stem cell transplant. The Company is developing drugs for the treatment of viruses such as human CMV, herpes simplex virus (HSV), hepatitis B virus (HBV), and adenoviruses as well as for SARS-CoV?2 and other viruses with pandemic potential. In the field of antibacterials, AiCuris seeks to develop innovative treatment options for indications with high medical need, including life-threatening, multidrug-resistant, hospital-treated pathogens.

In 2018 Dr. Holger Zimmermann, CEO of AiCuris, and Prof. Dr. Helga Rübsamen-Schaeff, Founding CEO, were awarded the German Future Prize 2018 (German President's Award for Innovation in Science and Technology) for the development of Letermovir and their project, "Protection in the Absence of the Immune System - a Life-Saving Innovation against Dangerous Viruses" (original title: “Schutz bei fehlendem Immunsystem - die lebensrettende Innovation gegen gefährliche Viren").