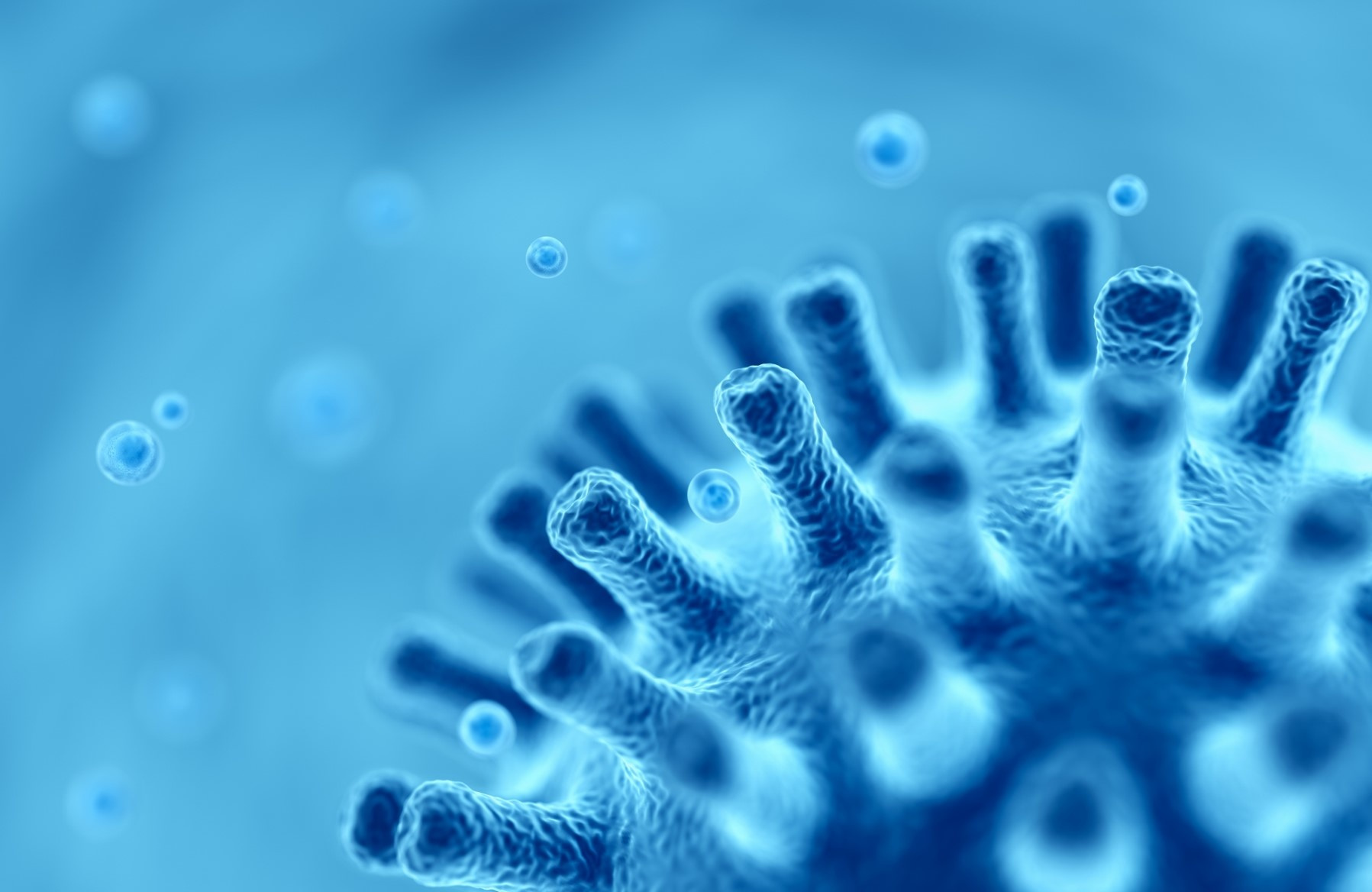 WUPPERTAL, Germany, July 08, 2021 - AiCuris Anti-infective Cures AG, a leading company in the discovery and development of drugs against infectious diseases, today announced the start of pivotal phase 3 development with its proprietary lead compound pritelivir, a novel helicase-primase inhibitor, following encouraging phase 2 interim results achieved in the phase 2 part of its clinical phase 2/3 trial, PRIOH-1. The PRIOH-1 multi-center open label trial is designed to evaluate the efficacy and safety of orally administered pritelivir for the treatment of acyclovir-resistant mucocutaneous HSV infections in immunocompromised patients.

The phase 2 part of the PRIOH-1 trial showed very encouraging results in terms of healing of cutaneous lesions within 28 days of treatment with pritelivir. A clinically relevant difference in comparison to those treated with foscarnet could be observed. Efficacy was also seen in patients who in addition showed resistance or intolerance to foscarnet and had very limited treatment options. Pritelivir was safe and well tolerated. In none of the patients, treatment with pritelivir was prematurely discontinued due to adverse events during the trial.

Patient data of the PRIOH-1 trial have been submitted for presentation at upcoming international conferences.

“We are very excited about the encouraging phase 2 trial results, which provide further momentum for our clinical development efforts with pritelivir to address the high unmet medical need of immunocompromised patients with resistant HSV infections lacking a highly efficacious and well tolerated treatment option.” said Dr. Holger Zimmermann, CEO of AiCuris Anti-infective Cures AG. “Current therapies for these patients can lead to severe side effects, including renal failure. These recent results reinforce the potential of pritelivir and its novel mode of action as a well-tolerated, efficacious and convenient oral treatment option that really can make a difference for patients with an urgent need for safer, more effective treatments.”

In the phase 2 part of the trial, conducted at 20 sites in the US, 22 immunocompromised patients with acyclovir-resistant mucocutaneous HSV infections were randomized (2:1) to receive over a period of up to 28 days either oral pritelivir or intravenously administered foscarnet, a virostatic agent which is mainly used for the treatment of herpes virus infections resistant to other antiviral drugs. In addition, eight immunocompromised patients who had acyclovir-resistant mucocutaneous HSV infections and showed resistance or intolerance to foscarnet, were also treated with pritelivir over a period of up to 28 days. Based on investigator assessment pritelivir treatment showed a very good cure rate of 93.3% in acyclovir resistant infections. Moreover, also in difficult to treat patients with very limited treatment options due to acyclovir resistance and foscarnet resistance or intolerance pritelivir showed good efficacy already within 28 days.

Following the strong results achieved in phase 2, AiCuris directly amended this trial with a pivotal phase 3 part as a basis for NDA submission.

The phase 3 part of the trial with a study design based on the phase 2 part will compare lesion healing in a given time frame and is conducted worldwide at up to 70 sites in the US, South America, Europe, and China and plans to enroll 128 patients.  First clinical sites are already initiated. The start of the phase 3 marks an important milestone for AiCuris and is a big success in the development of pritelivir. AiCuris is preparing to bring this promising treatment to patients as soon as possible.

Pritelivir is an innovative, highly active and specific inhibitor of herpes simplex virus (HSV). Derived from a novel chemical class (thiazolylamides), pritelivir is active against both types of herpes simplex virus (HSV-1 and HSV-2), causing labial and genital herpes, and retains activity against viruses which have become resistant to marketed drugs. Pritelivir has a novel mode of action that is distinct from other antiviral agents currently in use for treating HSV infections (i.e., the nucleoside analogs acyclovir and its prodrug valacyclovir as well as famciclovir, the prodrug of penciclovir). While nucleoside analogs terminate ongoing DNA chain elongation through inhibition of viral DNA polymerase, pritelivir prevents de novo synthesis of viral DNA through inhibition of the helicase-primase complex. In addition, it does not require activation within an HSV infected cell by viral thymidine kinase and is, therefore, also protective to uninfected cells. Based on its promising efficacy and favorable pharmacologic properties pritelivir has the potential to become a new perspective for patients suffering from severe and resistant mucocutaneous HSV infections.

The evaluation of the efficacy and safety of orally administered pritelivir versus intravenous foscarnet was based on previous trials in which pritelivir showed superiority against standard treatment valacyclovir in patients with genital HSV-2 infection.

In June 2020, AiCuris was granted Breakthrough Therapy Designation by US FDA for pritelivir for the treatment of mucocutaneous HSV infections in immunocompromised patients. In December 2020, the “Bundesinstitut für Arzneimittel und Medizinprodukte (BfArM)” acknowledged to initiate a Compassionate Use Program for pritelivir in Germany. This is part of an Early Access Program (EAP) in various countries throughout the world. Based on the results from the recent US clinical phase 2 trial, AiCuris has started a pivotal phase 3 trial as a basis for NDA submission.

Herpes simplex viruses are widespread with a seroprevalence up to 100%, depending on geographic area and subpopulation, and are divided into herpes simplex virus type 1 (HSV-1) and type 2 (HSV-2). Infections lead to lifelong persistence of the virus, with frequent and sometimes painful recurrences. While HSV-1 predominantly causes oral lesions (cold sores), HSV-2 manifests in the genital region and is mainly sexually transmitted. In immunocompromised patients, HSV can lead to serious complications. The negative stigma associated with genital herpes and visible facial lesions may cause psychological distress.

According to a publication from the World Health Organization (WHO) in 2020, an estimated 491 million people aged 15-49 (13%) worldwide were living with genital herpes caused by HSV-2. Prevalence of HSV-2 infection was estimated to be highest in Africa (44% in women and 25% in men), followed by the Americas (24% in women and 12% in men). It was also shown to increase with age, although the highest numbers of newly infected people were adolescents. While resistance is not an issue in immunocompetent hosts, infection with an acyclovir resistant HSV can become critical in immunocompromised patients leading to frequent episodes of reactivation, prolonged duration of symptoms, increased severity of infection, extensive and atypical lesions, and the risk for dissemination.

AiCuris was founded in 2006 as a spin-off from Bayer and focuses on the discovery and development of drugs targeting infectious diseases. SANTO Holding is the Company’s majority investor. PREVYMIS® (Letermovir), a first-in-class non-nucleoside cytomegalovirus (CMV) inhibitor acting via a novel mechanism of action, was licensed to MSD in 2012 and is approved in the EU, the USA, Japan and other parts of the world for use in bone marrow transplants for the prevention of HCMV infections in adults who receive an allogeneic hematopoietic stem cell transplant. The Company is developing drugs for the treatment of viruses such as human CMV, herpes simplex virus (HSV), hepatitis B virus (HBV), and adenoviruses as well as for SARS-CoV?2 and other viruses with pandemic potential. In the field of antibacterials, AiCuris seeks to develop innovative treatment options for indications with high medical need, including life-threatening, multidrug-resistant, hospital-treated pathogens.

In 2018 Dr. Holger Zimmermann, CEO of AiCuris, and Prof. Dr. Helga Rübsamen-Schaeff, Founding CEO, were awarded the German Future Prize 2018 (German President's Award for Innovation in Science and Technology) for the development of Letermovir and their project, "Protection in the Absence of the Immune System - a Life-Saving Innovation against Dangerous Viruses" (original title: “Schutz bei fehlendem Immunsystem - die lebensrettende Innovation gegen gefährliche Viren").