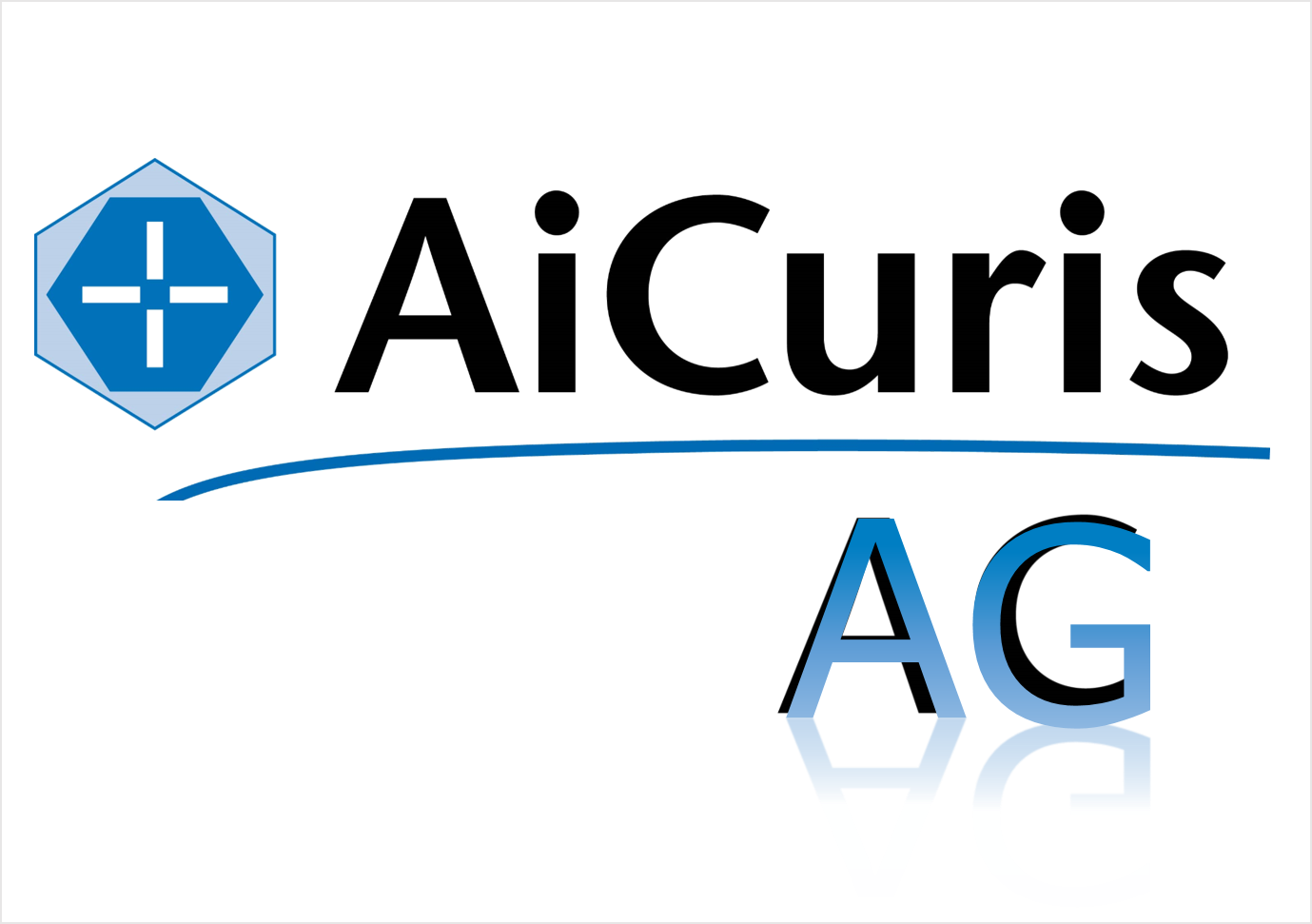 WUPPERTAL, Germany, February 01, 2021 - AiCuris Anti-infective Cures GmbH (“AiCuris” or “the Company”), a leading company in the discovery and development of drugs against infectious diseases, today announced that the Company’s shareholder resolved to change the legal form from the German “GmbH” (limited-liability company) to a stock corporation (Aktiengesellschaft or “AG”).

AiCuris has been focusing on the identification and development of novel treatments to fight infectious diseases with high medical needs driven by understanding the indication and selecting the appropriate approach, since the Company was spun-out from Bayer’s anti-infective unit in 2006. The Company’s first product, Prevymis® (letermovir), a novel therapy for human cytomegalovirus (HCMV) infections is revolutionizing transplant medicine. It is marketed by Merck & Co. (known as MSD outside the US and Canada) since 2017 and has successful growing revenues today.

AiCuris second program, pritelivir, is ready to enter a pivotal Phase 3 trial in immunocompromised patients whose herpes simplex virus (HSV) infections have become resistant to acyclovir. This trial will form the basis for the Company’s next NDA submission, targeting an initial approval in 2023. In light of the ongoing COVID-19 pandemic, which  showed the hard way what it means to face a disease without any effective treatment options or vaccination, AiCuris launched the PREP (Pandemic and Resistance Emergency Preparedness) campaign in 2020. With this effort AiCuris concentrates activities to tackle worldwide health threats resulting from upcoming pandemics and antimicrobial resistance (AMR).

“With all these developments ahead, we strongly believe that now is the time to take the next step in preparing the Company for the future,” said Dr. Holger Zimmermann, CEO of AiCuris.“ The change in legal form will support the Company’s efforts to explore additional opportunities for further growth. It provides us with an increased flexibility to operate globally and will broaden our strategic options for fund-raising. In addition, it will facilitate future partnerships with other international corporations and set-up the Company for future financial transactions. We are very happy about the long-term commitment and trust of all our shareholders and we are grateful that they will continue to support AiCuris in its next phase of growth.”

“As primary investors, the Struengmann Family Office, has been very impressed by the passion and commitment of the AiCuris management team and the company as a whole to develop anti-infective drugs that truly can make a difference in the treatment of patients. The previous successes and future growth opportunities call for a legal form that enjoys international standing. We are conviced that the legal change from a “GmbH” to an “AG” is the next necessary step in the Company’s development,” said Helmut Jeggle, Interim-Chairman of the initial Supervisory Board of AiCuris AG and General Partner at the Struengmann Family Office.  “We plan to extend the Supervisory Board with further suitable and experienced international Pharma-experts. I am thankful to the Founding-CEO of AiCuris, Prof. Dr. Helga Rübsamen-Schaeff, and Sean Marett, Chief Business and Chief Commercial Officer of BioNTech SE, for their cooperation in developing the supervisory board and future support of AiCuris with their experience in finance and health care.”

Helmut Jeggle serves as General Partner at ATHOS KG, the Struengmann Family Office, since 2015. From 2007 until 2015, Mr. Jeggle served as Head of Direct Investments of ATHOS Service GmbH. From 2002 until 2007, Mr. Jeggle held various positions with Hexal AG, including Head of Business Planning & Analyses. Mr. Jeggle is currently also the Managing Director of Salvia GmbH (since 2014), where he is acting as a Business Angel. Mr. Jeggle is Chairman of the BioNTech SE Supervisory Board and member of numerous supervisory boards, including 4SC AG. Mr. Jeggle has a degree in business administration from the University of Applied Sciences Neu-Ulm and earned his Master of Business Administration from the Stuttgart Institute of Management and Technology.

Helga Rübsamen-Schaeff was CEO of AiCuris since its establishment in 2006 as a spin-off from the infectious disease unit of Bayer HealthCare, also previously led by her. In March 2015 she stepped down from the CEO position and has taken over the chair of AiCuris' Scientific Advisory Board. Before her time at Bayer, she was the scientific and executive director of the Chemotherapeutical Research Institute Georg-Speyer-Haus in Frankfurt. A chemist by training, Prof Rübsamen-Schaeff was awarded the venia legendi from the University of Frankfurt and has been professor of biochemistry since 1988. Prof. Rübsamen-Schaeff has served on numerous committees, such as, the Senate of the Fraunhofer Society, the University Council of the University of Vienna and the jury for the Innovation Prize of the Federal President. Presently, she is a member of the board of partners of E. Merck KG and the chair of its research council, a member of the supervisory board of Merck KGaA, and a member of the scientific panel for health under the Horizon 2020 program of the EU. She also is a member of the National Academy of Science, Leopoldina.

Sean Marett joined BioNTech SE in 2012 as Chief Business and Chief Commercial Officer. Prior to joining BioNTech, he worked in global strategic and regional marketing and sales roles at GlaxoSmithKline in the United States and Pfizer in Europe before taking business development executive roles at Evotec and Lorantis (sold to Celldex Therapeutics, Inc). Amongst his duties at BioNTech, Mr Marett has been responsible for licensing transactions, acquisitions and fundraising resulting in capital inflows into BioNTech of $1.5 billion. Whilst at BioNTech, Mr Marett has been Chairman of PHMR Ltd, a company specializing in market access and pharmaceutical reimbursement (sold to UDG Healthcare) and was non-executive director of KWS BioTest Ltd (sold to Charles River). He holds a BSc (Hons) in Biochemistry from Kings College London and an MBA from Manchester Business School.

Previous Managing Directors appointed to the new Executive Board

Holger Zimmermann took over responsibility as CEO of AiCuris in 2015 after two years as the Company’s managing director and deputy CEO and six years as Chief Scientific Officer (CSO). He was part of the spin-out which formed AiCuris in 2006. Since then, Dr. Zimmermann has been head of virology and project leader for the HCMV-portfolio before talking over responsibility for all AiCuris’ research activities.

Prior to AiCuris Dr. Zimmermann worked at Bayer Health Care as the laboratory head and project leader for virology. He obtained his PhD in Biology in Cologne and worked overall seven years in academic institutions, including three years at the Institute of Molecular and Cell Biology (IMCB) of the National University of Singapore. In 2018 Dr. Holger Zimmermann, together with Prof. Dr. Helga Rübsamen-Schaeff was was awarded with the German Future Prize (German President's Award for Innovation in Science and Technology) for the development of letermovir. He is member of national and international scientific societies and serves on several boards including the executive board of BioDeutschland.

Holger Schmoll studied economic sciences at the universities of Bochum and Hagen, focusing on finance, HR and business informatics. He started his career in the IT industry and worked as the general manager of an IT system vendor and project leader from 1990 – 2004. Later, as a senior consultant, he was responsible for re-organization and re-capitalization projects for mid-sized companies. In 2007 he joined AiCuris as Chief Financial Officer being responsible for the commercial business, finance, legal, IT and technology & safety. Holger Schmoll is Co-Founder of BEAM (the European Association of Biotechs innovating in Anti-Microbial resistance research) and served as its  Treasurer 2017-2020. He is also Member of national and international working groups focusing on Biotech’s financing models.

AiCuris was founded in 2006 as a spin-off from Bayer and focuses on the discovery and development of drugs targeting infectious diseases. SANTO Holding is the Company’s majority investor. PREVYMIS® (Letermovir), a first-in-class non-nucleoside cytomegalovirus (CMV) inhibitor acting via a novel mechanism of action, was licensed to MSD in 2012 and is approved in the EU, the USA, Japan and other parts of the world for use in bone marrow transplants for the prevention of HCMV infections in adults who receive an allogeneic hematopoietic stem cell transplant. The Company is developing drugs for the treatment of viruses such as human CMV, herpes simplex virus (HSV), hepatitis B virus (HBV), and adenoviruses. In the field of antibacterials, AiCuris seeks to develop innovative treatment options for life-threatening, multidrug-resistant, hospital-treated pathogens.