Helga Rübsamen-Schaeff founded AiCuris in 2006 as a spin-off from the infectious disease unit of Bayer HealthCare, which she had been leading since 1994. After building and running AiCuris as CEO until  March 2015, she took over the chair of AiCuris' Scientific Advisory Board. Before her time at Bayer, she was the scientific and executive director of the Chemotherapeutical Research Institute Georg-Speyer-Haus in Frankfurt. A chemist by training, Prof Rübsamen-Schaeff was awarded the venia legendi from the University of Frankfurt and has been professor of biochemistry since 1988. Prof. Rübsamen-Schaeff has served on numerous committees, such as, the Senate of the Fraunhofer Society, the University Council of the University of Vienna and the Jury for the Innovation Prize of the German President of State or the Scientific Panel for Health under the Horizon 2020 program of the EU. Presently, she is a member of the board of partners of E. Merck KG and the chair of its research council, a member of the supervisory board of Merck KGaA. She also is a member of the National Academy of Science, Leopoldina. She has been awarded numerous scientific and management prizes. 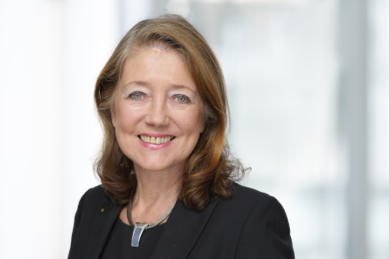