Holger took over responsibility as CEO of AiCuris in 2015 after two years as the company’s managing director and deputy CEO and 6 years as its Chief Scientific Officer (CSO). He was part of the spin-out which formed AiCuris in 2006. Since then Holger has been head of virology and project leader for the HCMV-portfolio (out-licensed to MSD in 2012) before talking over responsibility for all AiCuris’ research activities as CSO.

Prior to AiCuris Holger worked at Bayer Health Care as laboratory head and project leader in virology. He obtained his PhD in Biology in Cologne and worked overall seven years in academic institutions, including three years at the Institute of Molecular and Cell Biology (IMCB) of the National University of Singapore.

Holger is author/co-author of numerous scientific publications and named inventor in more than 25 patent applications. He is member of national and international scientific societies and serves on several boards including those of: 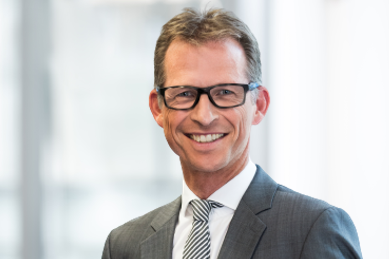